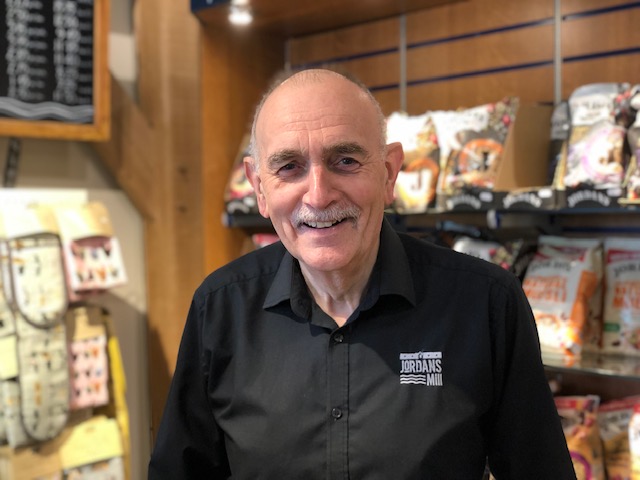 We sat down with our Retail Assistant, Mick Fediw. Over a good old-fashioned cup of tea we found out more about his life.

Tell us a bit more about yourself and your interests?
I quite like gardening and I have my own allotment that I look after. I also like to drink Real Ales.

If you had a superpower, what would it be and why?
I’d like to fly like Superman.

Who is your biggest inspiration?
Mick Jagger. I like the Rolling Stones and he’s still going strong into old age which I’d like to do too.

If you could make one life-changing decision what would it be?
I would have gone back to the time when I was a drummer in a band called ‘The Last Chance.’ I was a drummer and we won a competition which gave us an opportunity to make a record, but it cost too much so we didn’t. I regret that and would like to see where my life would have gone had we recorded.

Do you have any pets?
No.

What did you think you were going to be when you grew up?
I wanted to be a Train Driver because I’m quite interested in steam trains. I never was one, but I have more recently worked behind the bar in a preserved railway.

Who was the last person you hugged?
My wife.

If you could be stranded on a desert island who would it be with and why?
Bear Grylls. He could get us dinner and help us to get off the island.

What’s your biggest pet peeve?
People who don’t know how to use their indicators when driving!

What is your favourite food?
A good old roast beef dinner.