What’s beneath the water in the River Ivel 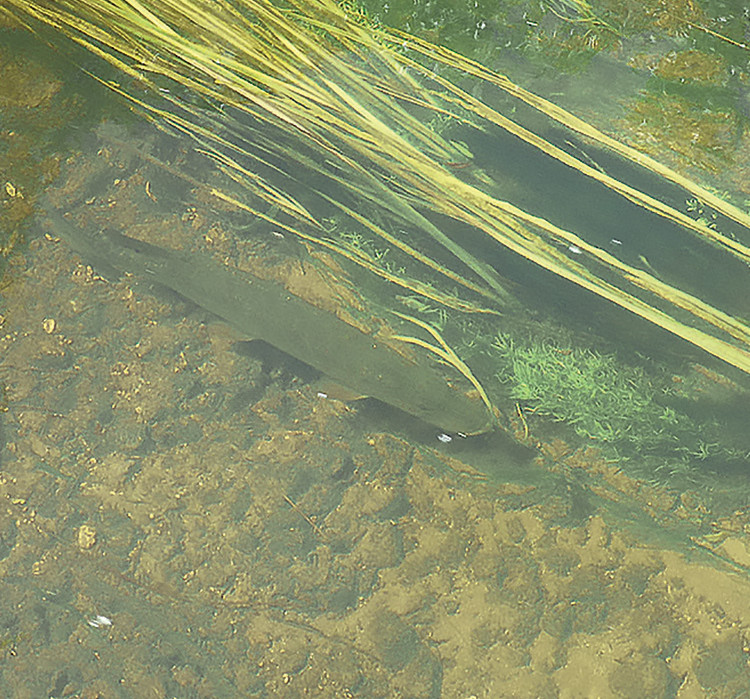 It is amazing what you could see in the river or around the gardens and woodlands at Jordans Mill. Our volunteer Mark tells us a little bit more about Pike and Bream in this week’s feature.

A Pike has a bony head with forward looking eyes; it has a broad snout and a large mouth too. The mouth contains an arsenal of teeth with rows of backward pointing razor sharp teeth in the top jaw and larger needle type teeth in its lower jaw. The fish is torpedo shaped with fins mainly at the back of its body which can propel it forward at very high speed, when catching its prey.

Each Pike has a unique pattern and olive colouring which helps to camouflage itself in the reeds or on the sandy river bottom.

Pippa, our female Pike is a lot bigger than a Male Pike and can often be seen to the right of the bridge going from the meadow to the gardens. It is usually seen floating around the reeds flapping its rear fins gently to hold its position or hiding itself in the rocks to the right-hand side.

Pikes spawn between April and the end of May and the young are called “Jacks” which mainly eat small invertebrates until they are big enough to hunt for themselves at about 9 months old. The Adults will eat small fish or an unfortunate mammal that falls in the water including small birds, leeches, frogs and even insects.

To put Pippa into some context with to how big a Pike can grow, the biggest one ever caught in the UK weighed in at 46lb and 13oz in a fishing competition in 2015 (It was at least 5 foot long).

Are there other fish in the river?

You can spot smaller fish called a Bream, they are usually dark grey, black or dark green in colour and have a high back and flattened sides. They mainly eat insects, insect larvae, snails and worms, which is why anglers use them as bait.

Bream can vary in size depending on where they actually live, a Bream on a reservoir can be as big as 10lb but on a canal or river only 4lb.

As well as the Pike and the Bream you can also see lots of fish in the reeds below the Cafe decking area and lots of wildlife – so do come and visit us.

Don’t forget to share your photos with us at: