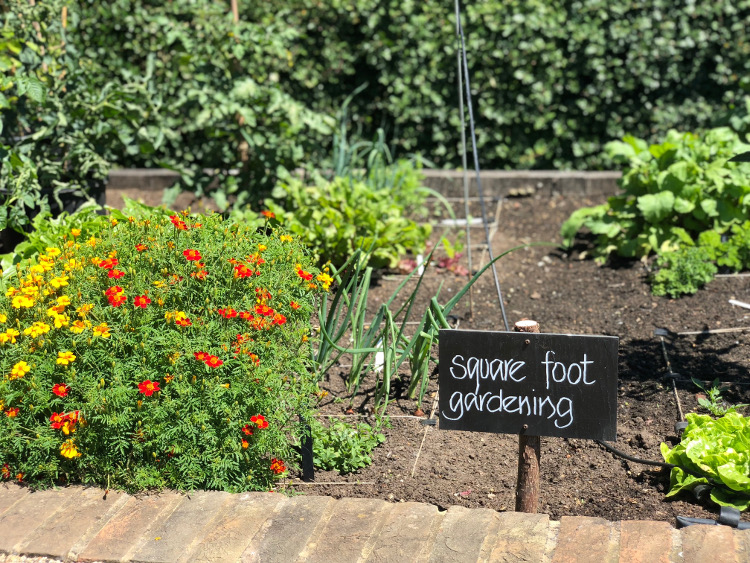 How did it all begin?

This idea was originally developed by Mel Bartholomew and was devised by creating individual foot squares in a grid system (4ft x4ft).

Some people make boxed grids, in effect small raised beds which can be filled with fertile soil.

What are Jordans Trust doing?
We have made our grids from string and canes as our soil has had lots of organic matter added over the past five years.

The benefits of this system are that it makes you think very carefully about the crops you want to produce and the amount you want to grow. Most gardeners harvest far more than they can sensibly eat, so this helps to eliminate wastage.

Due to the proximity of the crops grown, less water is wasted, and fewer weeds will grow. Pests will often be confused by the variety of crops and find it difficult to target the crop.

Once established the ground does not need heavy digging so fewer tools will be required and less compaction means the soil will provide a lighter growing medium.

Our second area allows shows you how to grow but on a slightly bigger scale. These two-foot squares have been filled with vegetables such as potatoes, cabbages and sweet corn.

Still on a relatively modest size but with a greater variety. We also show you how to use pots for container gardening on a patio.

Did you know cucumbers may be grown in a 20inch pot and peppers in a 16inch pot to produce fantastic crops! Some tomatoes varieties are suitable for hanging basket or pots. Lettuces can also be grown in drainpipes and attached to railings due to their shallow roots; experiment and see what you can achieve!