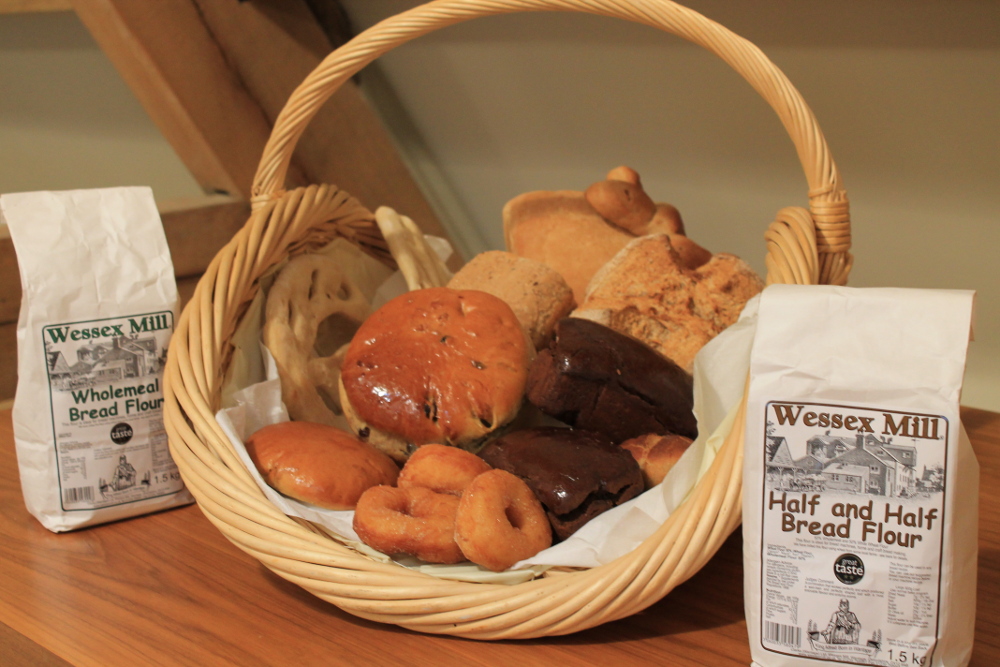 In support of this year’s Real Bread Week (24th February – 4th March), Jordans Mill will be holding its very own Bread Demo and Tour workshop.

The live interactive workshop will be held at the Mill on the 24th February from 10.00am - 3.00pm and will show people the way to dough and how create the perfect bread. We will also have an exhibition and display on everything about bread so come and take a look.

Launched in 2009 and run each year, the Real Bread Campaign celebrates additive-free loaves and the people who make them.

What is the Real bread campaign all about?

Bread consumption has declined by half per person since 1960. If this were merely a consequence of affluence and the broadening of the national diet, there would be no problem. But for those who replace bread with foods high in saturated fats and refined sugars, the consequence may be seen in the ongoing epidemics of obesity, diabetes and coronary heart disease. Nutritional advice is that cereals, especially whole grains, should be a key component of a balanced diet.

The evidence is also accumulating that changes in wheat varieties, milling methods and baking technology may have made industrial bread less than palatable, possibly even indigestible, for significant numbers of people. More and more and people say they avoid bread because it makes them feel unwell. They need, as does the rest of society, bread made with proper attention to digestibility and nutritional quality.

A handful of industrial bakers and the in-store supermarket bakeries now account for about 95% of all bread sold. Artisan bakers are beginning to re-emerge, but they face the same challenges as all smaller producers.

Something must be done to restore bread to its role, if not as the staff of life, then as an important food valued for its innate qualities and not mere convenience.

Improving health and our environment

Industrial bakers account for about 95% of the market, so there is an enormous dearth of the skills required to make bread without additives or automation. The less petroleum-dependent society of the future may be one where the production of our daily bread takes place closer to home, or even at home.

This will need a creative blend of craft and technology, deployed at a human scale. Artisan bakeries are reappearing in modern formats and, thanks to the domestic bread machine, more people have tried making their own at home. Just as small bakeries can be part of the fabric of a vibrant community, so baking at home can be an important assertion of dietary autonomy whose end result - Real Bread - may be ‘the pledge of peace and happiness in the labourer’s dwelling’, in the words of one of the first Real Bread campaigners William Cobbett. And if, as seems likely, the carbon cost of a loaf of bread made at home is less than that of the supermarket offering, the public urge to do its bit for the planet might have a tasty additional outlet.

In short, we need better bread for healthier, happier people. Many people feel this need and are ready to join a movement to make it happen.

Jordans Mill is steeped in history and our breath taking gardens have been designed to reflect the market gardening heritage of Bedfordshire with the use of farming beds and allotment plants being edible but in a decorative setting.

By Andrew Whitley of Bread Matters